Last week Harlan Levey Projects in Brussels, had an opening in collaboration with the United Nations for the campaign No to violence against woman.

Nina Boas (Rotterdam) did a live research drawing performance of women who have been included in history for changing the world. She did live drawings with the idea that violence against woman is not just physical, it appears in many ways. Her drawings came directly from a book called Dangerous Woman and were inspired by the Guerrilla Girls claims about the underrepresentation of women in galleries and museums (Do Women have to be Naked to Get into U.S. Museums?). 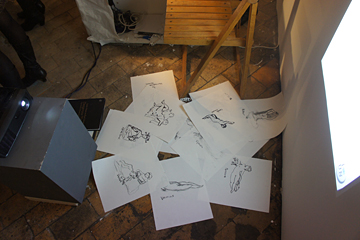 It was an amazing showing as well as one of those moments, when you look around and realize that, well…. WOW! Somehow, some people are getting to places where they are being listened to, as well as meeting directors of Human Rights issues and as if we are in Star Trek getting to meet a commissioner in UN. 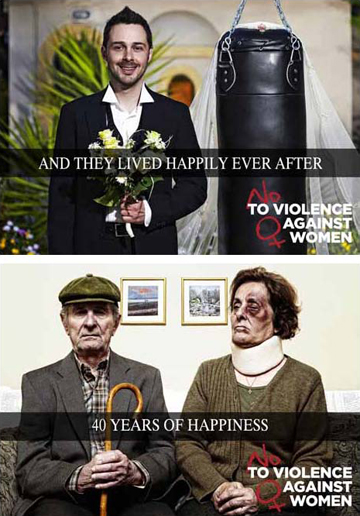 The thing I was most amazed by, was the fact that there were about 3000 people who applied to the project, from forty countries, woman as well as men. Thats a lot of people participating in a project. (although I must admit that there were about 2500 woman with black eyes, must be the most understood form of violence against woman, again making Ninas work that much more interesting) 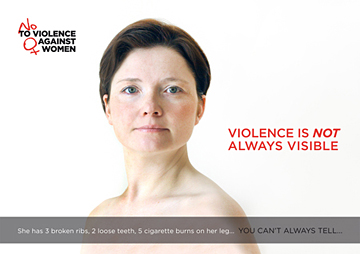 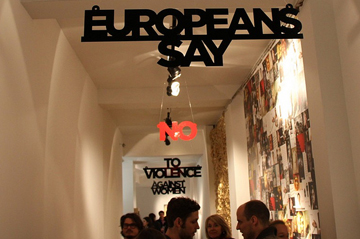 by Sasha Dees in verslaat 2