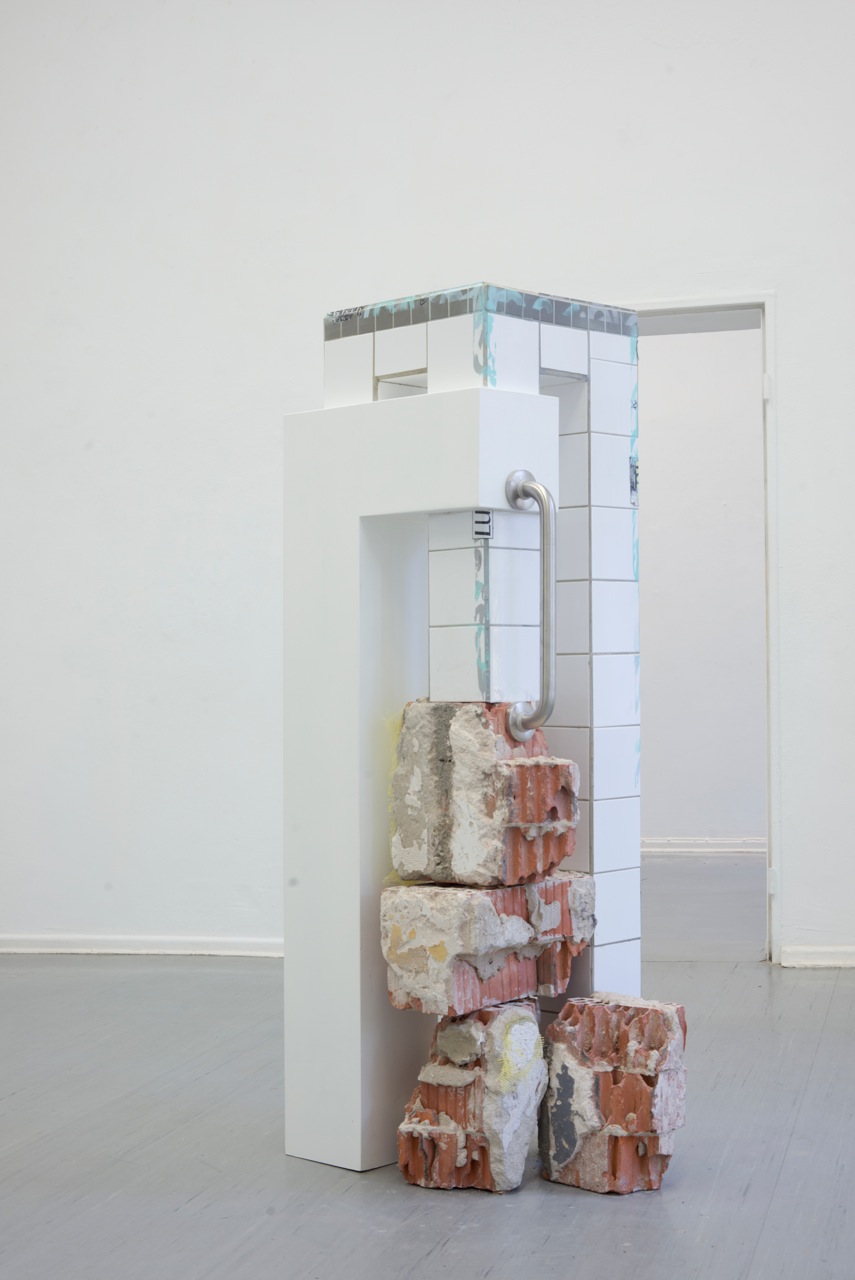 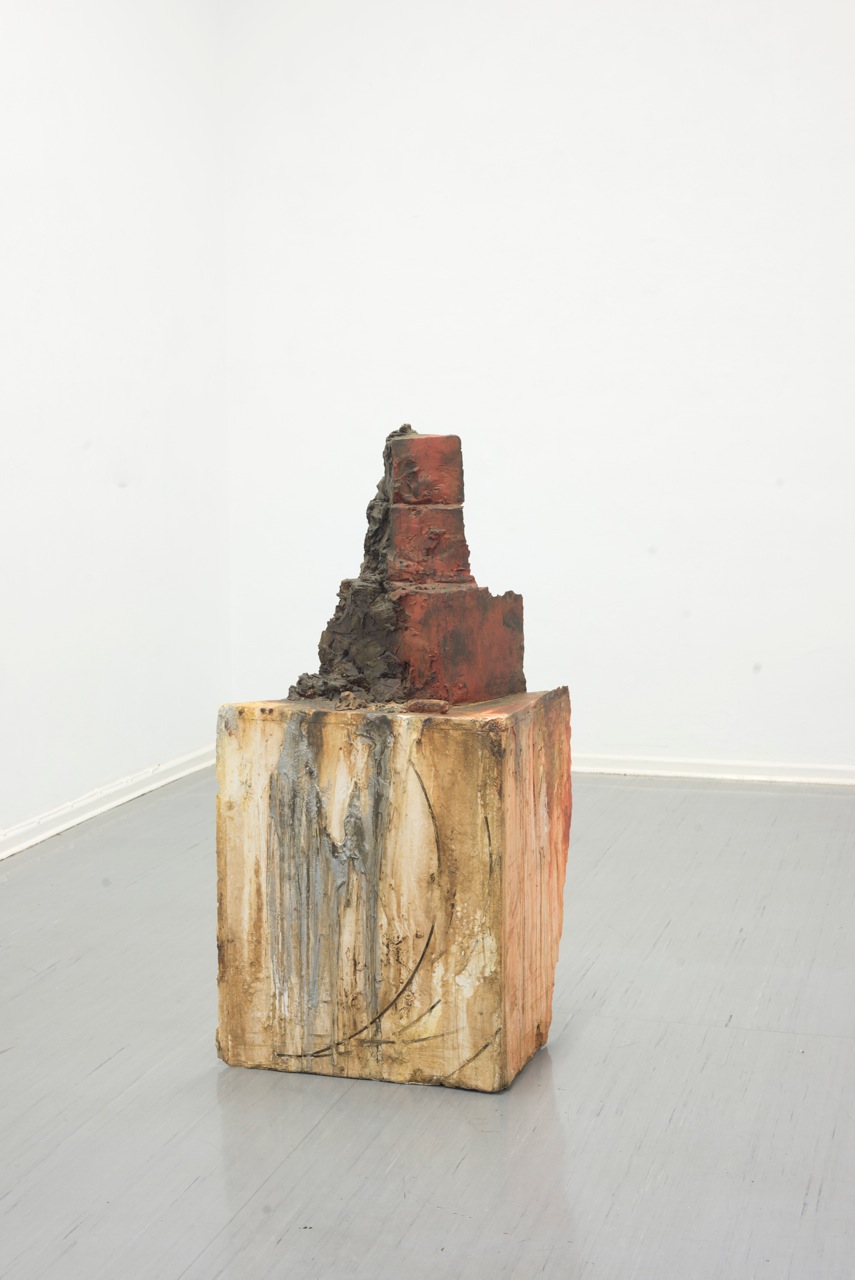 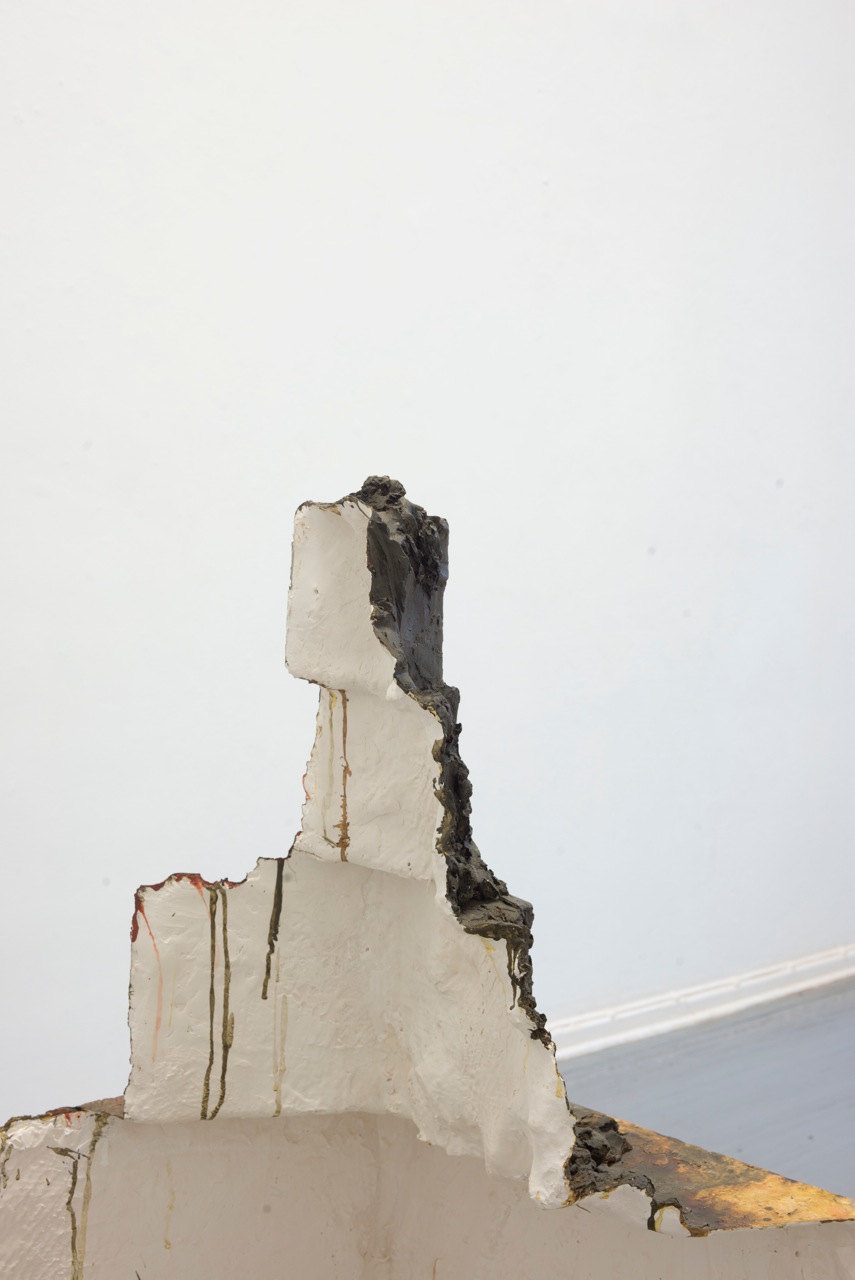 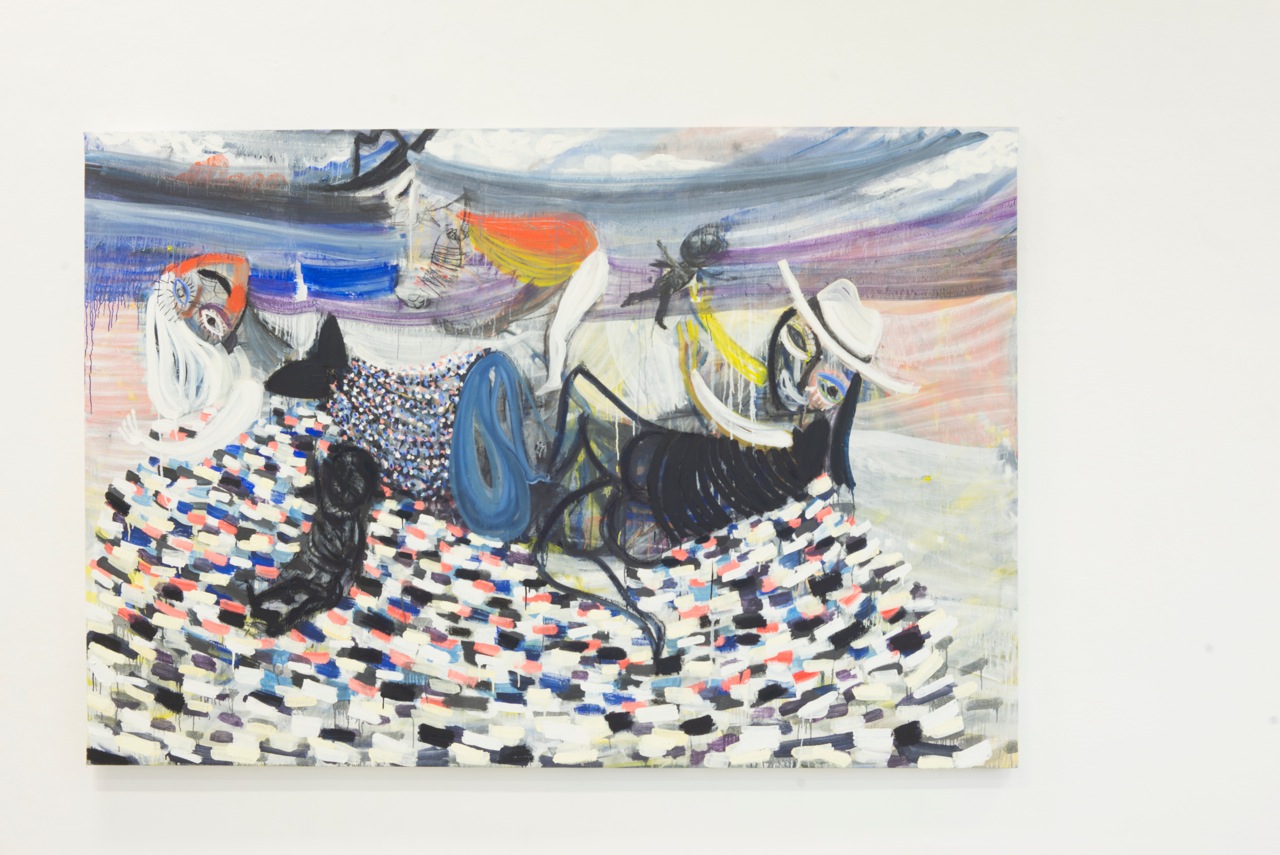 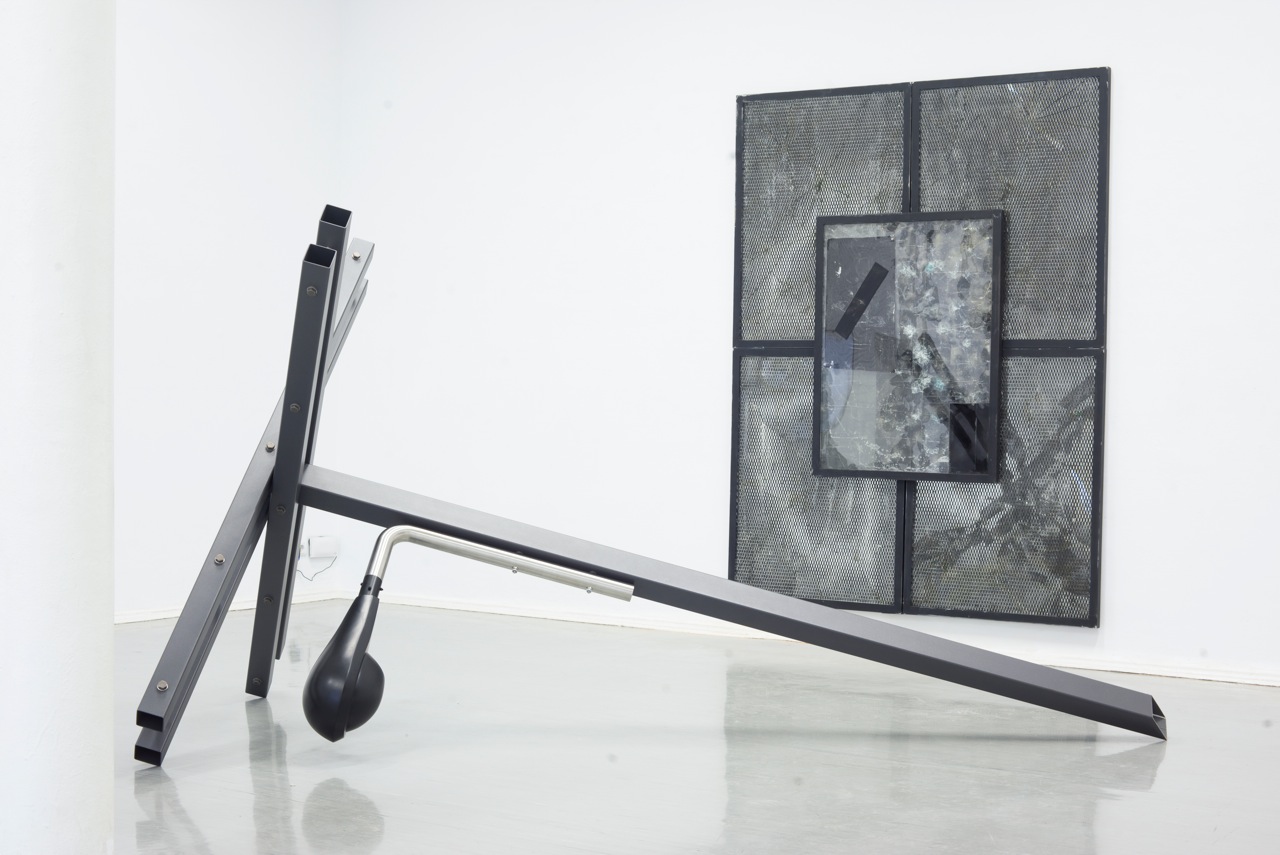 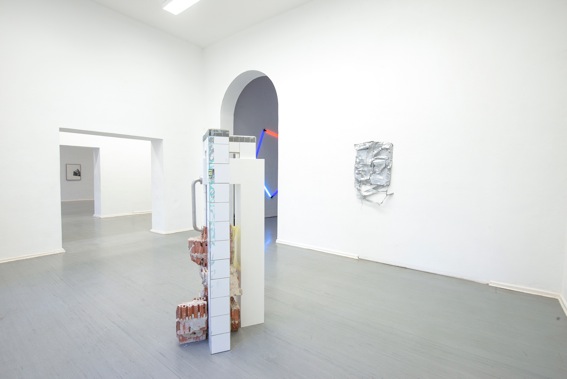 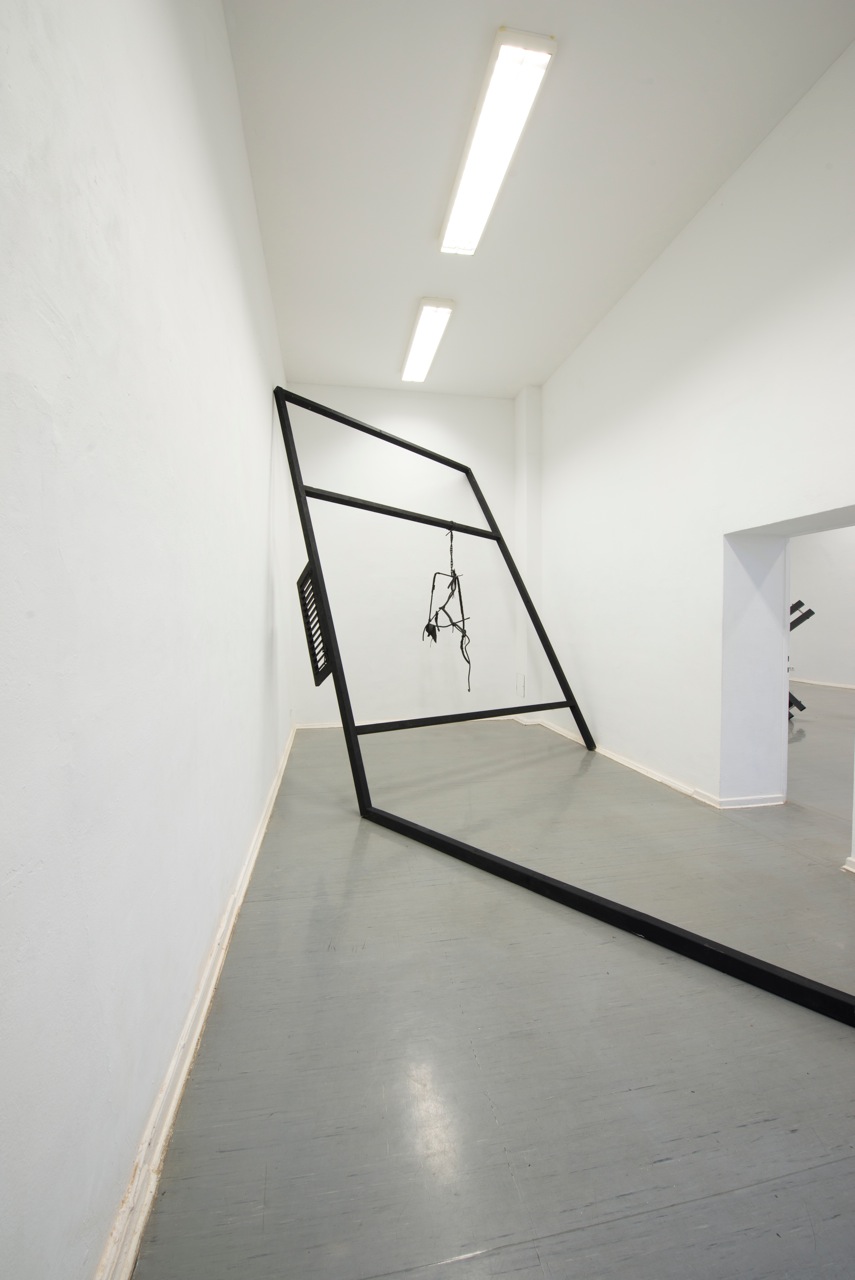 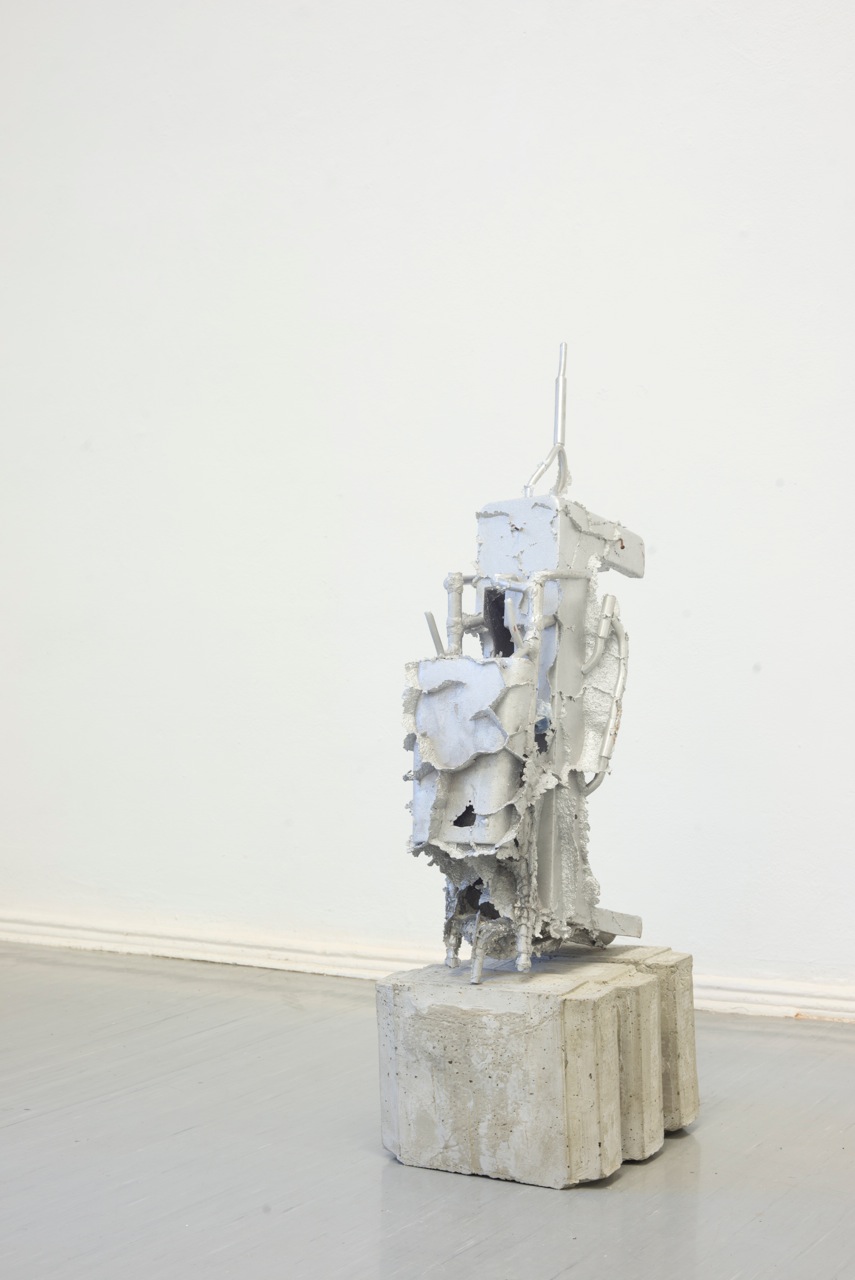 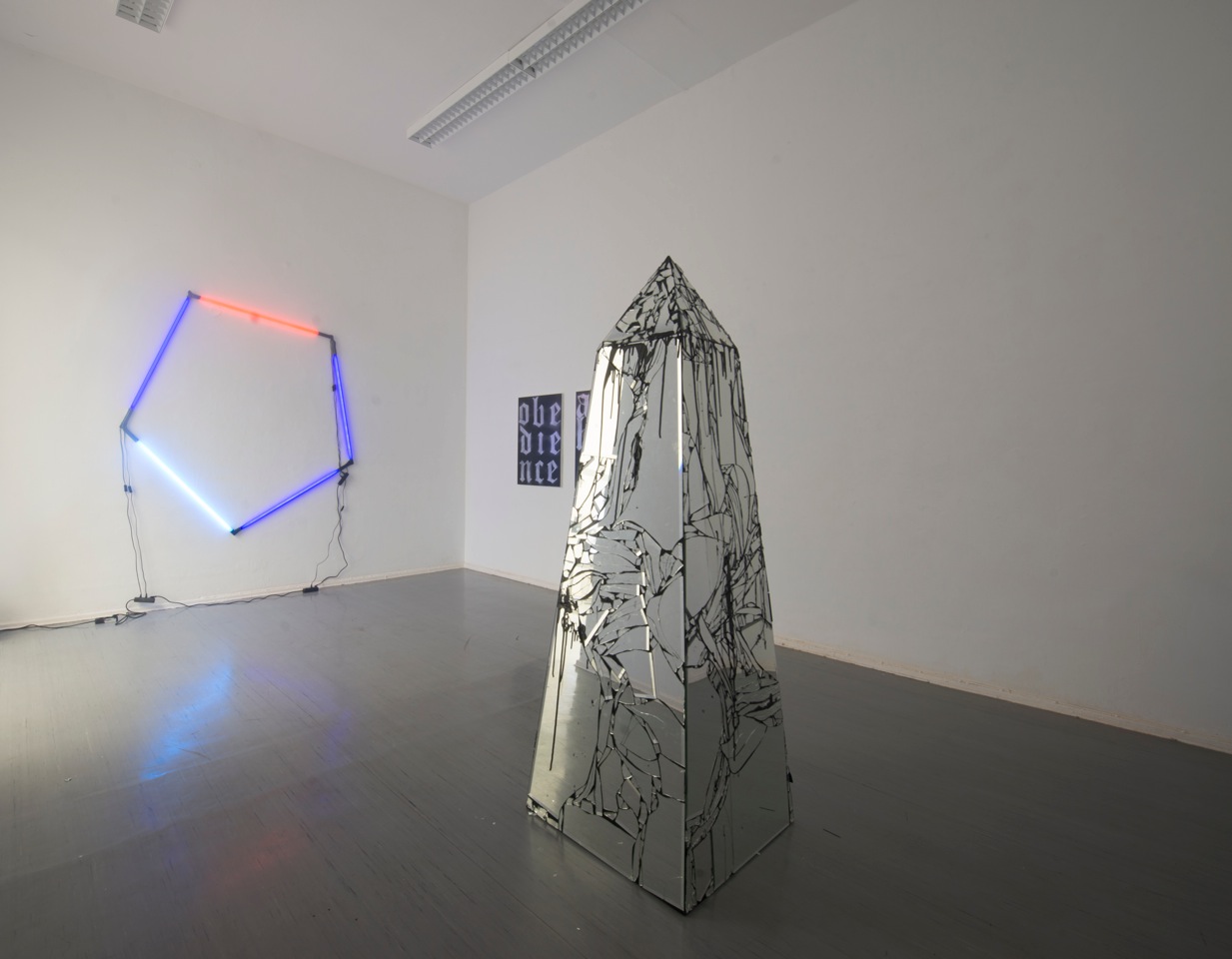 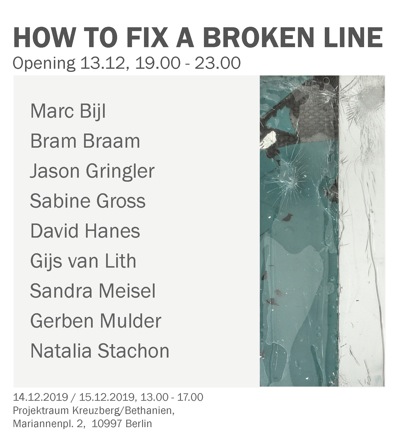 In the exhibition How to Fix a Broken Line, the group of 9 artists investigates the destruction and rebuilding of material, context, and information. Daily contexts are addressed through the constant process of gain and loss. The artists in the exhibition share a common interest in redefining material and social environments that determine our environment and identity.

A variation of decay and destruction form the different art installations in the exhibition, that not only refer to the transformation by means of material but also to the developments in the field of urban developments, architecture, and emotional behavior. They raise awareness of a multilayer instrumentalization and functionalization of decay, but at the same time, focus on the empowering potential of transformation. It is this materiality that creates a fabricated character of the viability of fabricated spaces, social relations, structures, and information. The works form a counter-reaction of both gain and loss, of ambivalence and sensitivity, a common concept in many of the works presented and inherently linked to loss of memory, as well as the notion of failed modernist utopia. Although the artists work with different materials and meanings, mutual interest is the layers of remnants that can be found in our society, as well as our emotional and urban materiality.

According to architect Simone Pizzagalli, the term ‘void’ is either an absence defined by a boundary or a discrete area characterized by disclosed, overlapping signs and traces. In his essay, Pizzagalli says: “A void can be regarded as a representation of an absence, if not an absence itself. [..] Void contains in itself all the potential of the space, all the relation not written and experienced. [..] Void is the place of tension of something that will be, a space in power, but also the only place where the recollection of reality, the composition of the parts, fragments, of life can happen. [..] A leftover space, that helps us interpret the space around us.”

In order to allow reflection, a recollection of reality and artistic possibilities, one must also let in the void. A void is also about what remains after deconstruction and decay, what remains when materials and memories are lost. The exhibition How to Fix a Broken Line can be seen as a constant transition of these remains and by making use of different forms of material experiments and at the same time increasing the subject of expression and composition, the artists show an abundance of thinking about the production of a work of art. With a particular focus on the effects and reflection of destruction in society, the works in the exhibition are examined and questioned from both a cultural and a formal perspective. At the same time, the exhibition offers a wide range of artists who portray a shared reflection of reality, which ultimately embodies a new form of perception of this reality. In this sense, the title How to Fix a Broken Line has nothing to do with restoring decay, but with raising questions about memories and imagination of a forgotten past and a possible future.

A text by Sarie Nijboer.