– Almost every day I will sell a new painting of mine” 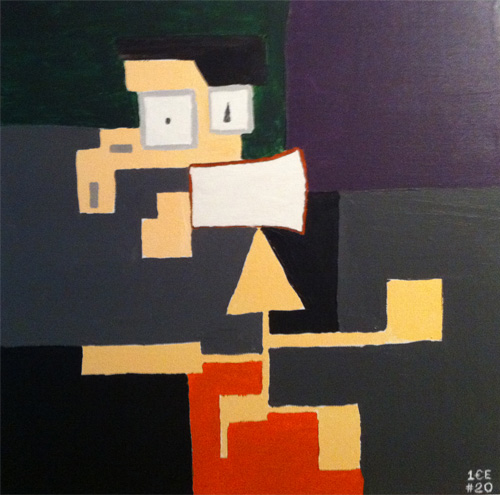 How come an artist can sell ALL her paintings for €10.000+, yet another artist can´t even give them away?

10th December 2009 I read “The magic of dynamic pricing” by Seth Godin. It suggests changing the price of goods “based on time or demand” . It got me thinking.

Even though I have no experience as an artist, would there be a way for me to, one day, sell a painting for €10.000?” 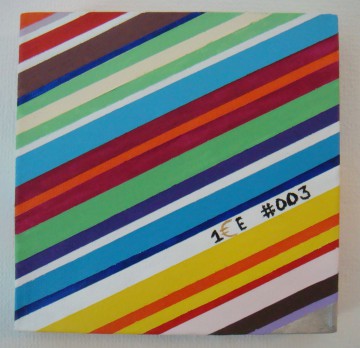 “I have a lamp shade in the shape of a cylinder with colored stripes on it. It looks pretty nice, so I thought I would try and do some colored stripes on canvas. I came up with “På Tværs”. It´s danish for “across”, makes sense since the stripes go across the canvas. “

by Jeroen Bosch in verslaat 0